'FIRST ROUND TO TOWN'

Wycombe Town FC 3 v Bedfont Sunday FC 1
Wycombe Town took on Bedfont Sunday FC in the first round of the FA Carlsberg National Sunday Cup winning 3-1, to progress to round two where they will meet Kerria Sports FC from Croydon. Having competed well in the first half, Town found themselves one nil down at half time through a well taken free kick and should have been on equal terms but missed a penelty.
The second half Wycombe were in control and outplayed Bedfont for long periods. Two goals from Mark Nugent and one from Chris Ayres put Town into the next round. 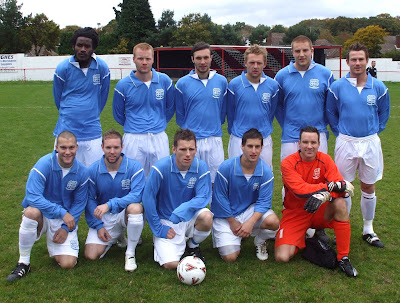 Also playing in a cup matches this week were Wycombe Town Reserves who were away to Rael Marlow at Shelly Road, well on top Town went through to the next round 8-1, Wycome Town 'A' fought hard at home against Wye Rangres but went down fighting 5-2. 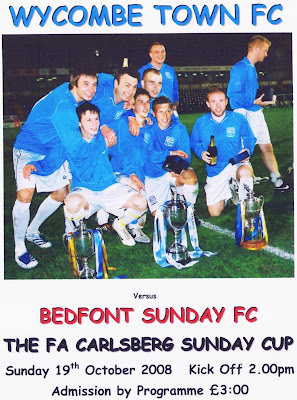