With the end of season run for the Premier Division in action, we entertain FC D&B at Holtspur this Sunday, always a close match between the teams...it should be a good game, kick off is at 10:30. 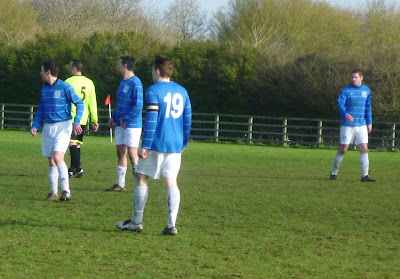 Wycombe Town FC traveled to Bisham Abbey to play high flying Hare & Hounds on Sunday in a Premier division game and came away pointless! With key players missing including the keeper, this was always going to be a difficult game. 'Town' actualy played the better football throughout the match passing the ball around well but did not finish well enough but Hare and Hounds on the other hand, were playing the more direct long ball game and made more of their chances. The score finished 7-3 with 'Town's' 'MOM' Mike Morrisey, Barry Miles and James Hall finding the net for 'Town'. 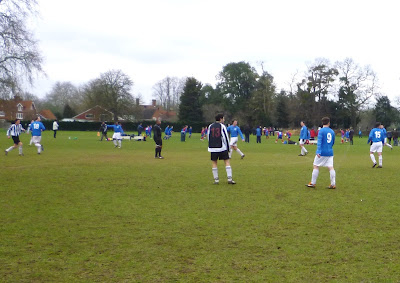 Wycombe Town FC travel away to Bisham Abbey to play Hare & Hounds in the Premier Division this Sunday 10th March and the Wycombe Town Youth team are at our Holtspur Home in their latest league match. 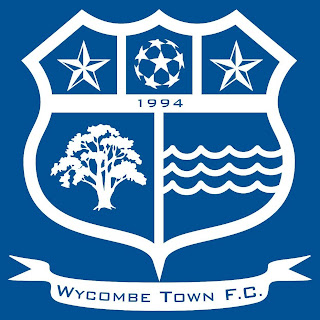 'Town' started well and pressurised 'George' from the kick off. After mastering the bumpy pitch 'Town' passed the ball well and had several near misses on the 'George' goal before Barry Miles followed up a neat move to slot the ball in the net. The 'George' attacks on goal were well covered by the 'Town' defence who were building from the back and another attack saw Miles get his second to make it 2-0 at half time.

'Town' soon continued in the same vein in the second half and playing better football as the game progressed, they set up two more cracking goals finished off with powerful volleys past the keeper from Mike Morrisey and then Micheal Butcher to wrap the game up 4-0 and take all three points. 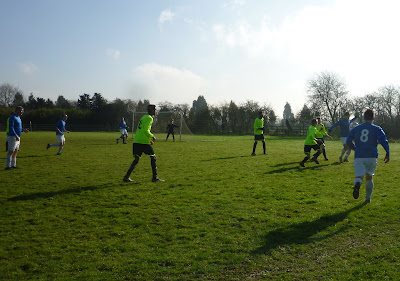